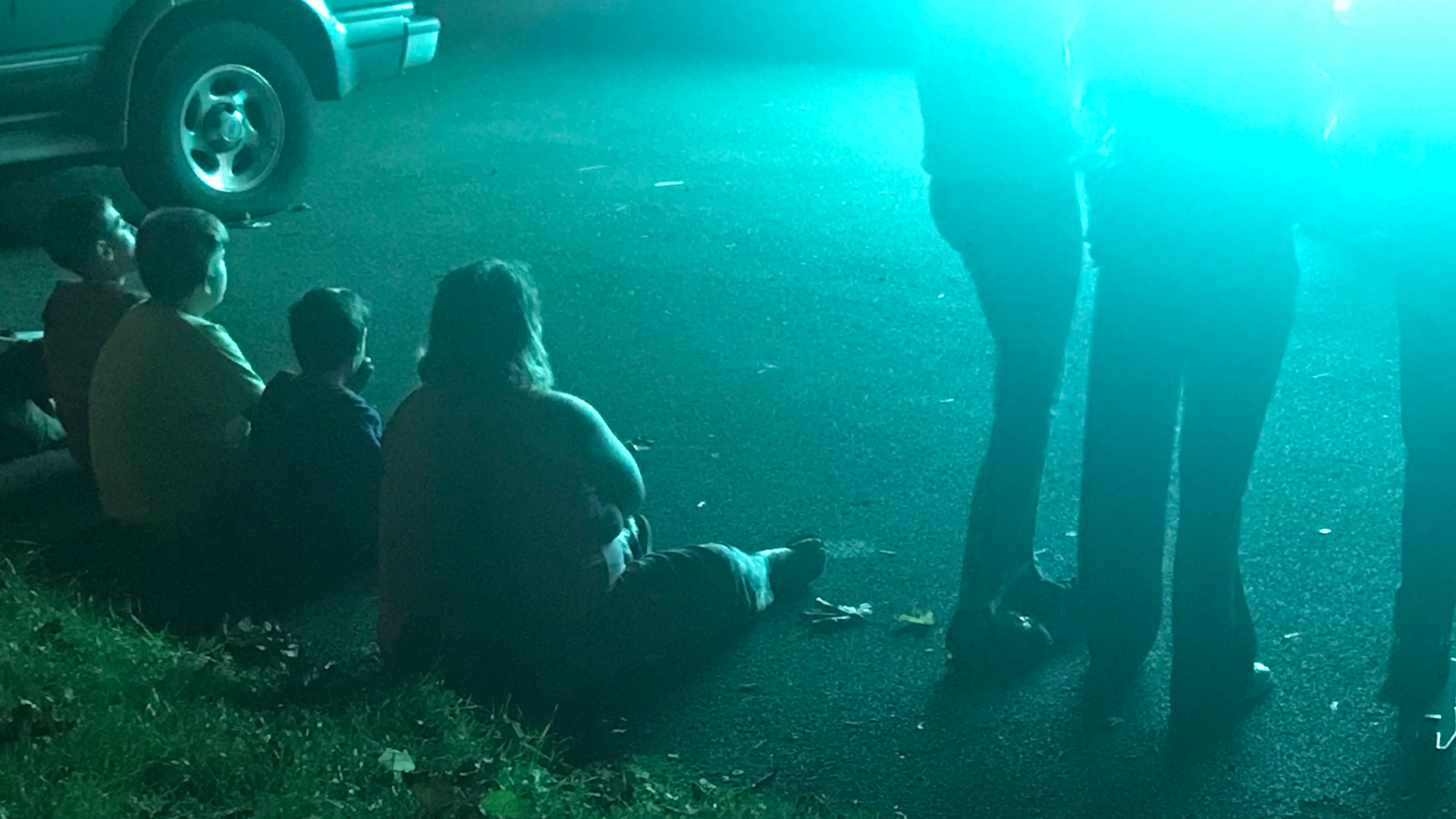 In October 2022 we were commissioned by Hastings long running Storytelling Festival to produce a digital spectacle for their Saturday evening programme, to follow on from a screening of the popular childrens film ‘How to Train Your Dragon’ and a Q&A with author Cressida Cowell.
Initial suggestions from the festival included projection mapping in some capacity on to buildings in Hastings town centre but we wanted to produce something away from the seafront, where so much of Hastings cultural activity takes place, and engage a wider audience who wouldn’t necessarily attend the festivals events.
We devised an idea around the notion of a curiosity in transit, creating a travelling spectacle to visit the local communities so often neglected by the towns cultural offerings and present something that would potentially trigger conversation and perhaps storytelling from those who witnessed it.
The ‘curiosity’ was designed as a strange creature which, having been washed ashore, was now being transported to an undisclosed facility in order to undergo a series of tests to determine what the creature actually was and where it may have come from. The vehicle transporting the ‘curiosity’ had to make several stops on route as the creature had not traveled before and would require regular breaks in order to maintain calm.
Using a three sided LED advertising van we created the illusion of a tank of illuminated dense liquid which contained the creature. The ‘curiosity’ started as an amoeba shape shifting over time to become a complex other worldly presence which, occasionally, appeared to acknowledge the audience. On arrival at the pre-publicised locations the van was cordoned off with traffic cones and hazard tape and once an audience had gathered the ‘shutters’, on the van, would rise. At several locations we had a waiting audience, sat on deck chairs, no-one knowing quite what to expect. As the ‘curiosity’ became more active the audience chased it from one side of the van to the other trying to catch a look at it mutating. 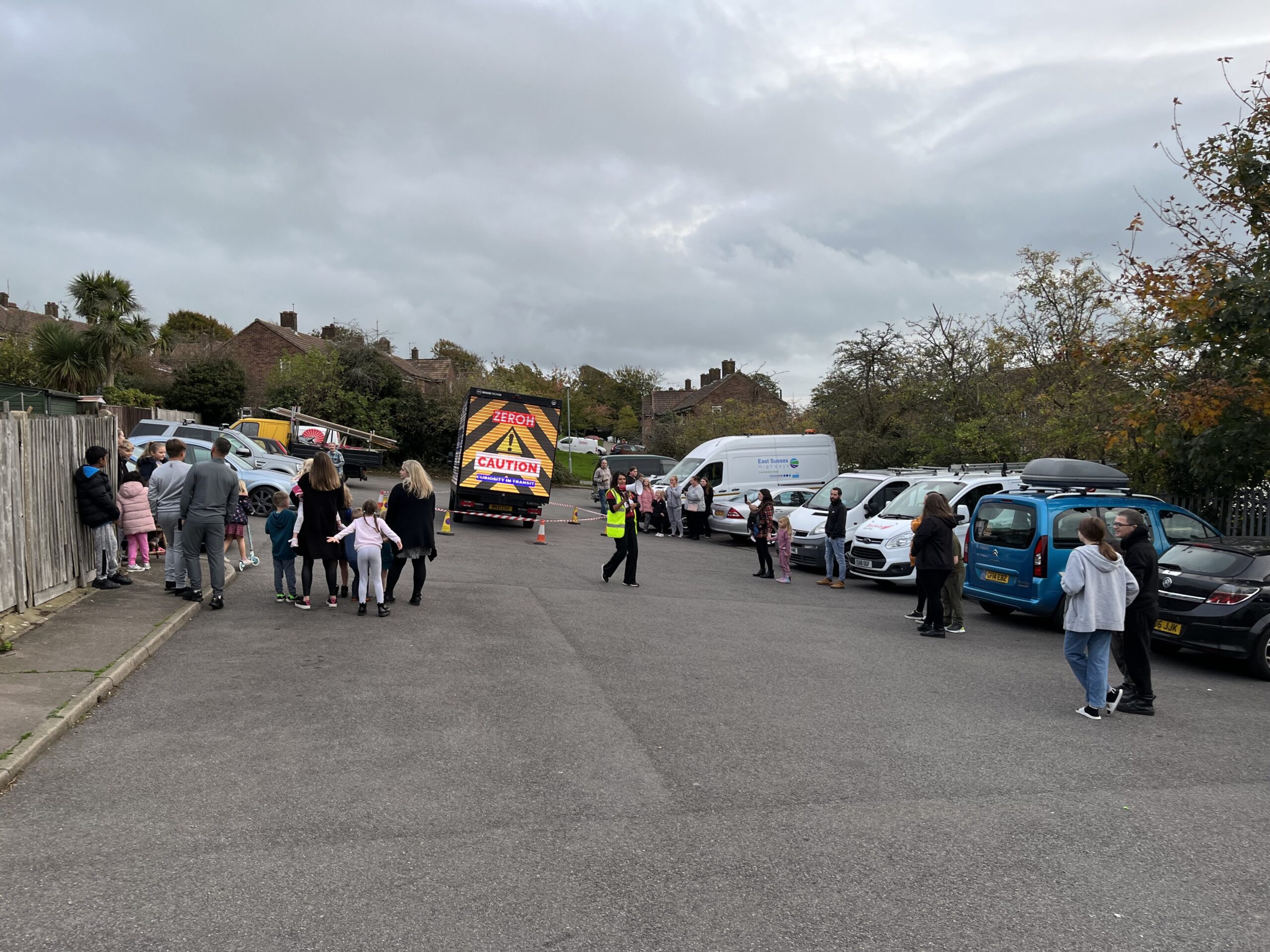 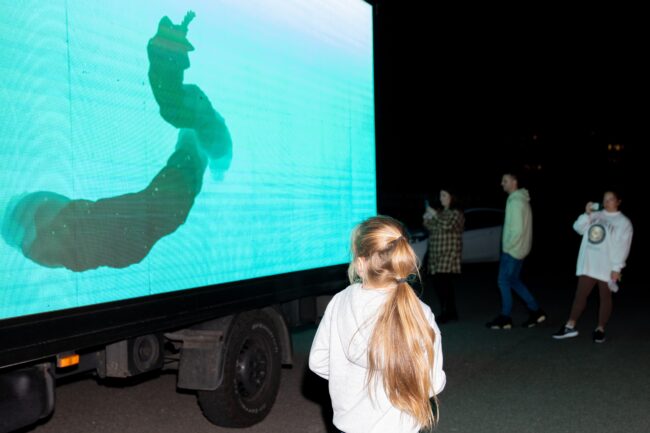 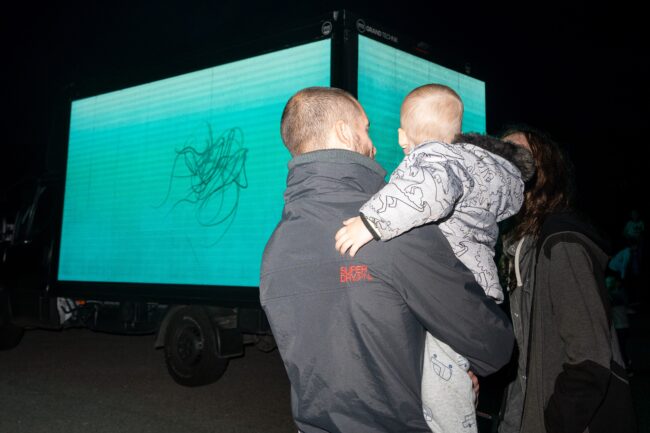 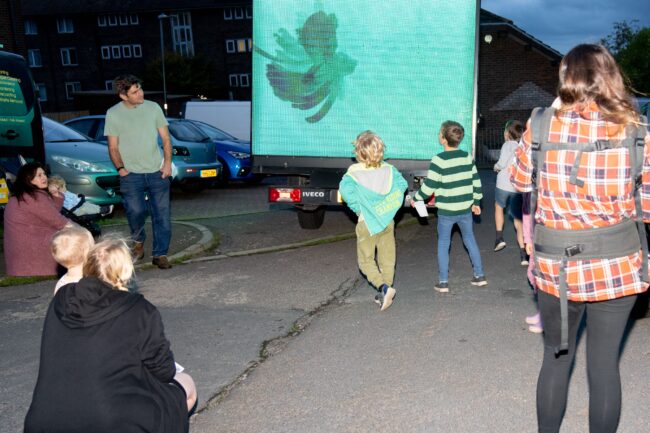 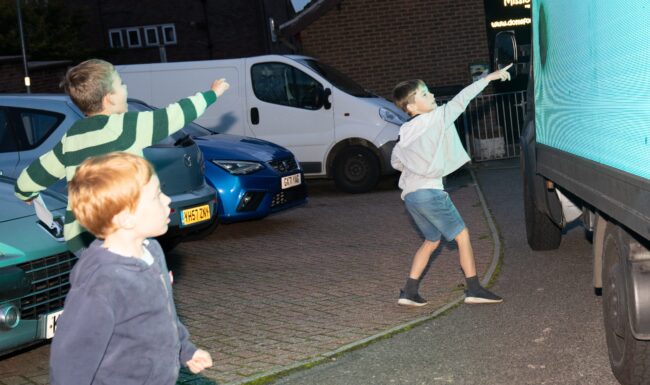 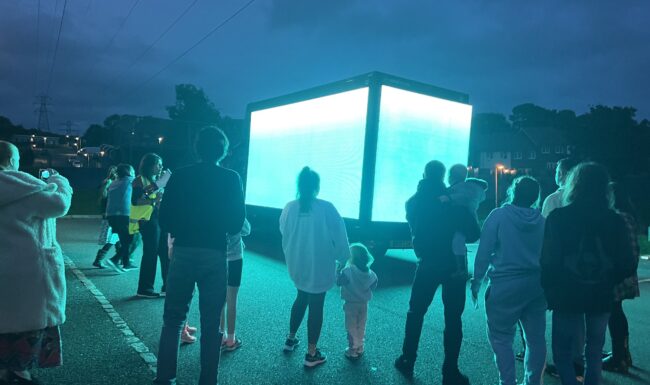 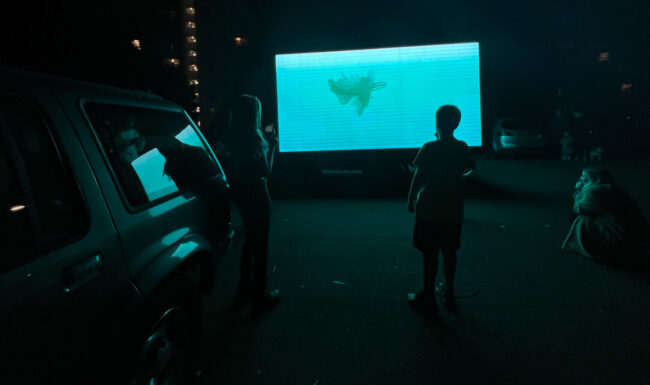 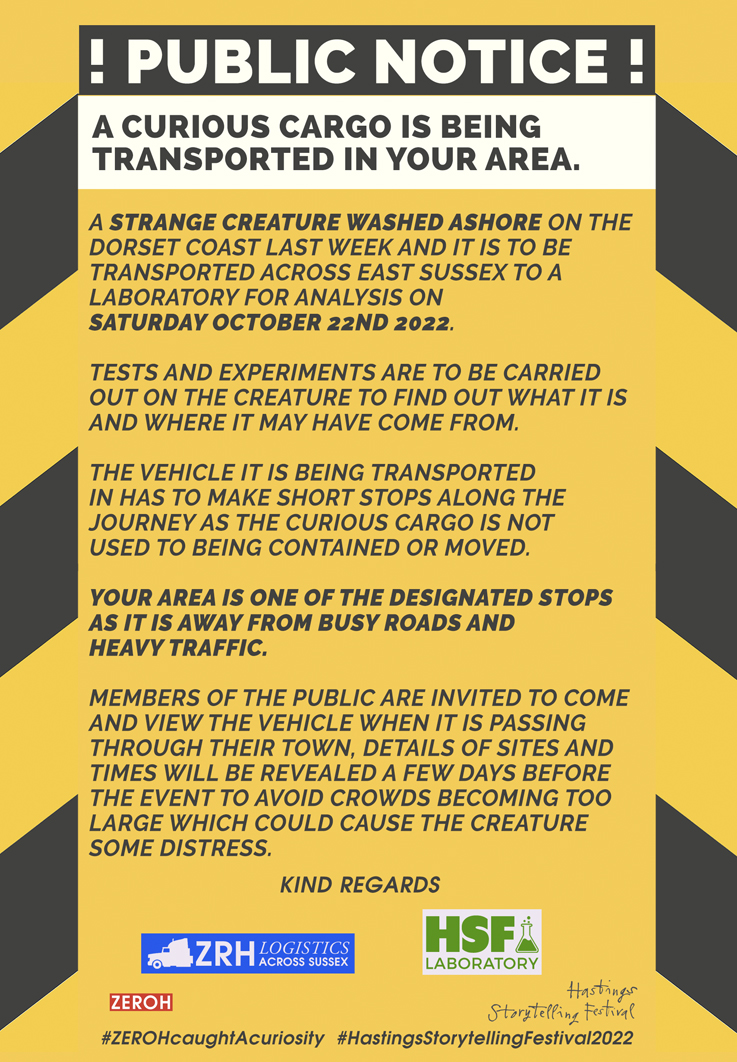 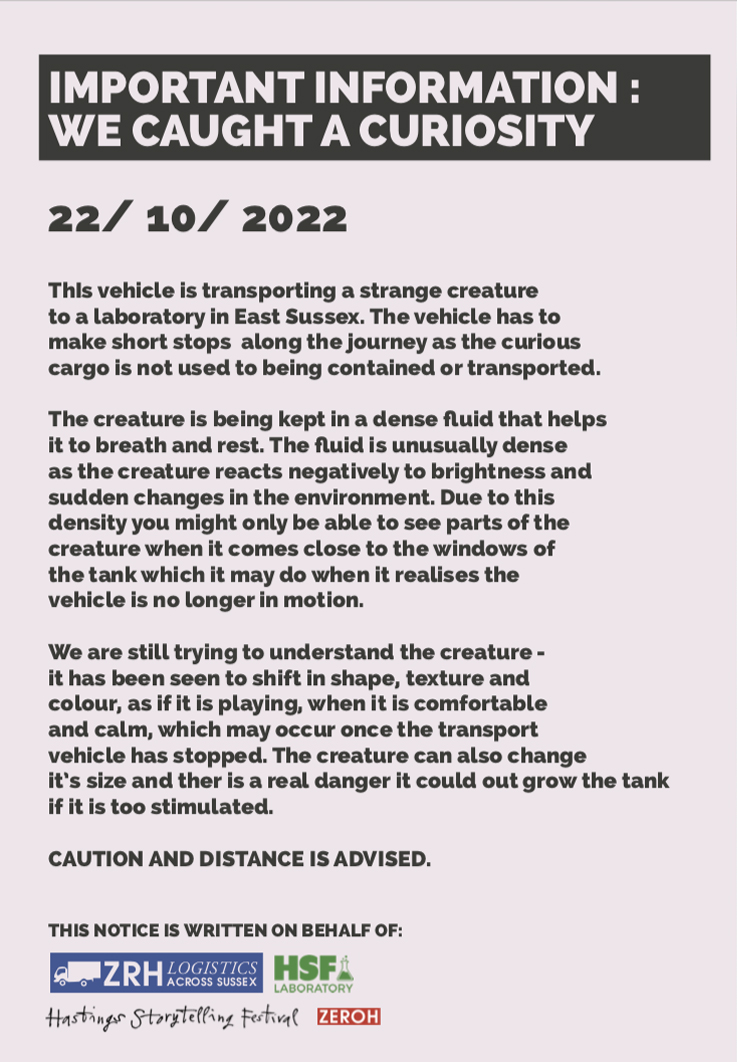