Ghost like apparitions of heavily patterned moths camouflaged for an urban setting invade Hastings and St.Leonards.
These transient imprints of nature clothed in geometry lay at rest across the towns architecture. The Hastings Moths Project is a bold statement on the state of metamorphosis the historic town finds itself in at this time. The town wide installation is part of the ‘Art in Spaces’ scheme initiated by Hastings Borough Council with funding from the Arts Council England. 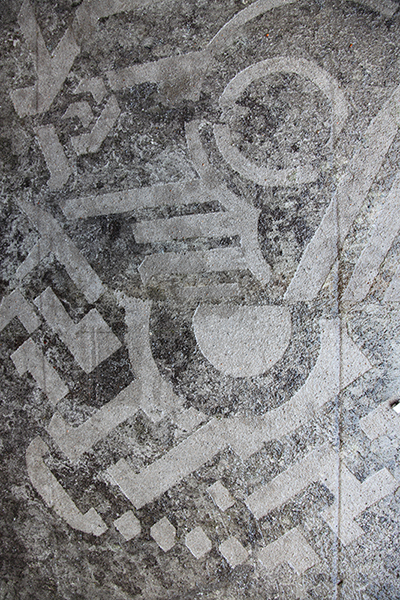 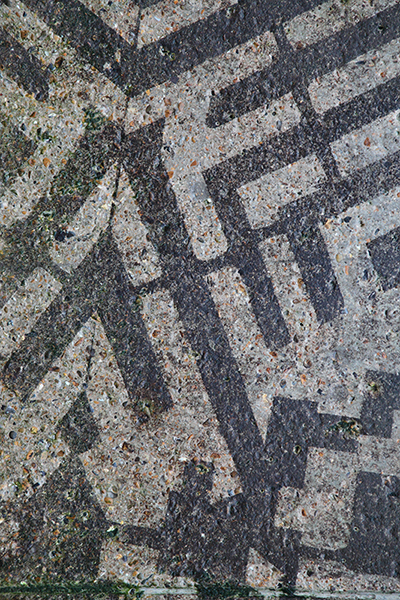 We worked with pioneering Clean Art instigator Paul ‘Moose’ Curtis for over 7 years on both commercial and personal projects. Mooses innovative technique of using stencils and water on dirty walls and pavements, to create images of startling beauty, was the perfect vehicle to produce a series of large scale icons which integrate themselves into the environment rather than distract from it. Moths are patterned to protect them from predators which enables them to blend into their surroundings, Clean Art intrinsically creates this illusion of camouflage. Seven specific sites were chosen for the Moths to lay at rest from Hastings Old Town to Burton’s St.Leonards, some hidden others more obvious to find.
The motifs are based on the shapes of moths native to the area. Stylistically they are made of geometric patterns and formal lines from us in contrast to our more visceral pen work while Moose uses a reoccurring theme in his work, the pixilation of nature.
The patterns within the forms hint at technologies impact on nature with elements of folk art to create visually complex and arresting icons. To commemorate the project we released a set of postcards which illustrate the make-up of the Moth design and indicate where they can be found around the town. 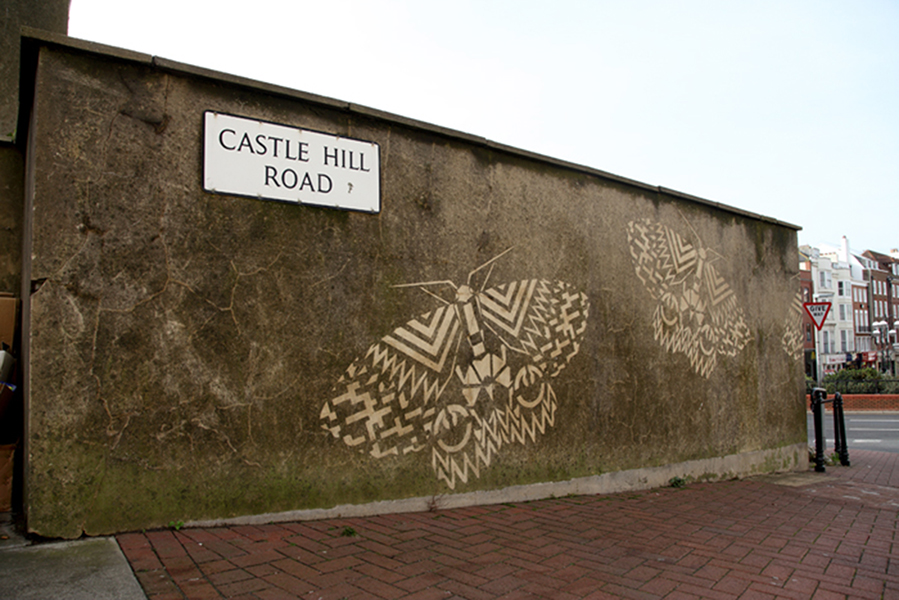 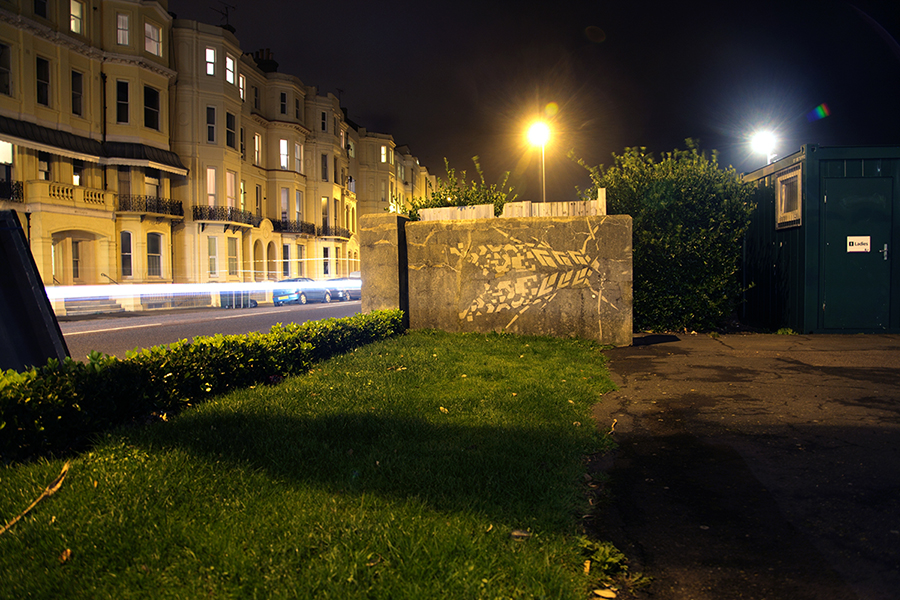 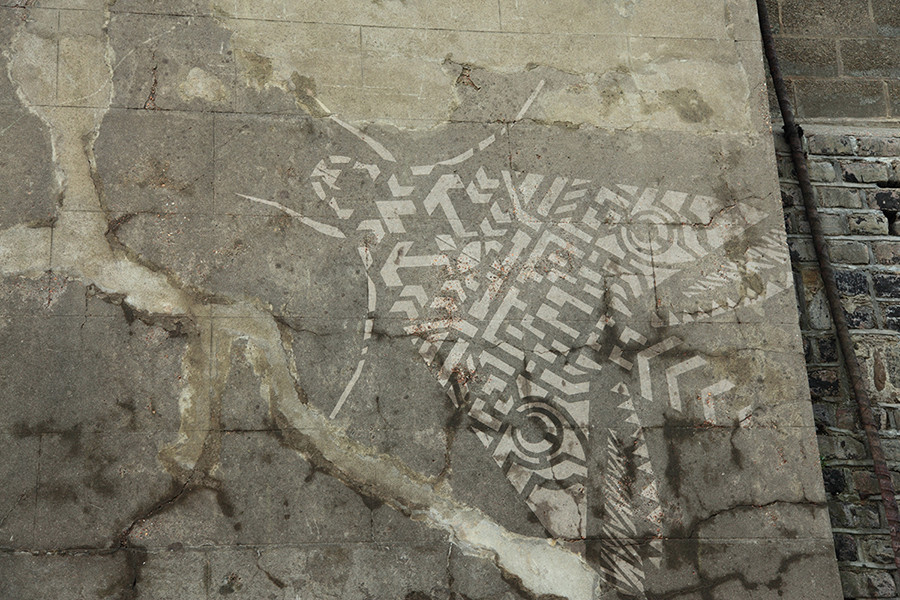 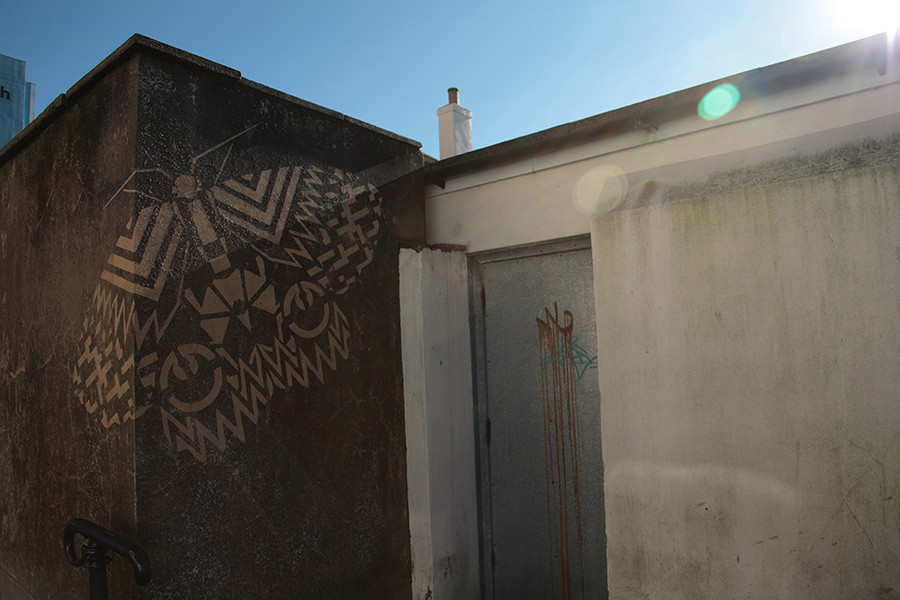 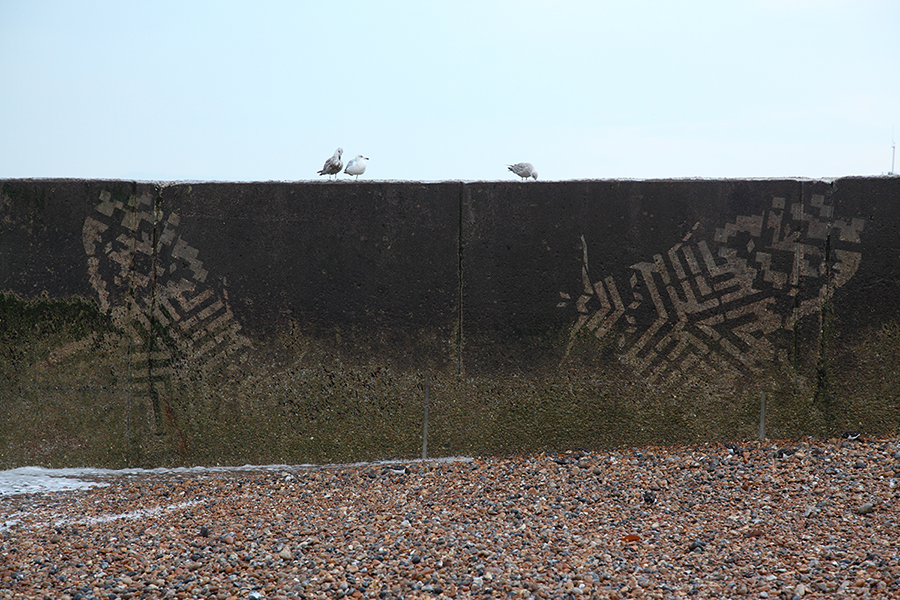 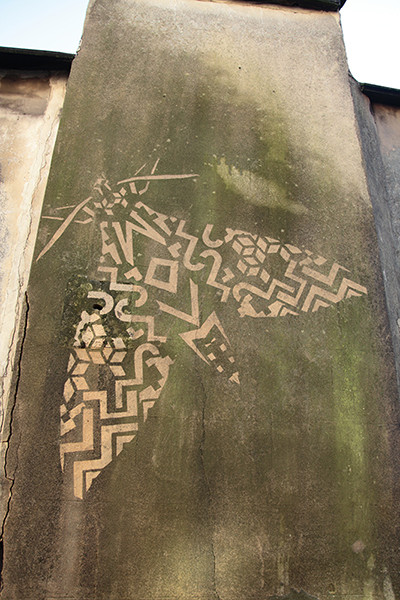 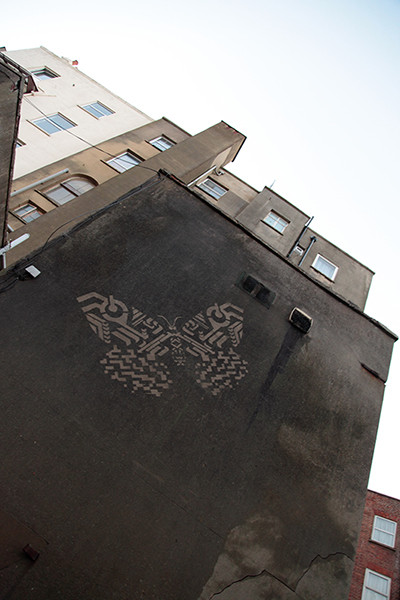 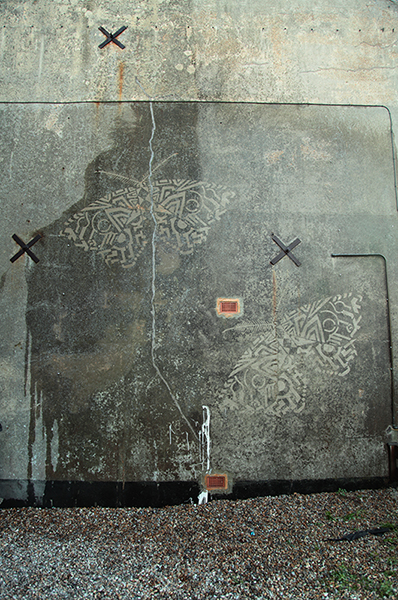